Which artists were listened to the most often in the world?

As every year in December, Spotify published Wrapped, a summary of the songs, albums, artists and podcasts that reigned in the headphones of 191 million people around the world during the year. Who did Spotify users listen to most often in 2018?

It's time to sum up 2018. In recent years, hip-hop has been a triumph and unfortunately rock artists don't take high positions on the lists, which doesn't mean that listeners have forgotten about rock. What is the situation like in 2018?
Spotify summed up the year 2018: Which artists are the most popular?
It turns out that most Spotify users are stable in their emotions. Just like in 2015 and 2016, Drake appeared at the top. With over 8.2 billion streams in 2018 alone, Canadian rapper is the most played artist of all time. His latest album "Scorpion" and the song "God's Plan" also won in their categories.

Other stars were also in high positions. With over 48 million listeners a month, Ariana Grande is the most listened to artist of the year, with Dua Lipa on her heels. The most popular band is Imagine Dragons - the band overtook Korean boysband BTS, Maroon 5, Migos and Coldplay. Listen to these performers here: https://mymusiccatalog.com/en/history/ or here: https://www.spotify.com/

In the third quarter of 2018, Spotify recorded a year-on-year increase in revenue by 31 percent. The Company reported a loss, which, however, was lower by 92 per cent compared to the previous year. Spotify is used globally by 191 million users, 87 million of whom pay subscriptions.

Gold bars - how to invest in gold?
What are the signs that it is... 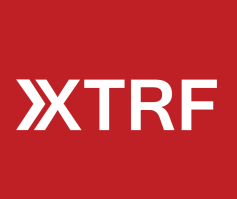 Integration of XTRF software with MemoQ

Proxy server in the company network

Business deposits for your company

Many businessmen keep their financial surpluses in their current company account. Meanwhile, banks offer business deposits, which, although small, provide a profit free of any risk. In addition...

Copies will help protect your data from loss or...